Silver Screen Services are a transport provider to the Media Production Industry in the U.K.

We have very recently updated our website and social media presence and our colleagues in the development team suggested it would be a great idea to write a Blog about the history of the company.

So here goes ….. except …. where to begin? Now, working in the star-studded world of T.V. and Film production, it would only be right and proper to use a quote from one of the illustrious characters from our industry.

And who better perhaps, than the wonderful Mary Poppins. “Let’s start at the very beginning, a very good place to start.” Now that is a fabulous idea ….. except …. where is the beginning? Do I start writing about the inception of the company? That would be March 2012. Or when we undertook our very first job? A bit later in 2013. Or perhaps a bit earlier than that to show how the company came to fruition? Well that could be as early as 1967 when this particular, erstwhile gentleman, came into existence on “Spaceship Earth”.

Aaarrgghh! This is all too complicated already! I actually envisioned explaining the story of Silver Screen Services to my audience (that will be you), one night as I lay in bed, drifting off to sleep. In my semi-comatose state, I came up with this analogy: A squirrel, showing another squirrel around his home in a majestic oak tree. It had to be an oak tree of course …. from the humble acorn grows the mighty oak. “Well yes” I hear you say, “I’ve heard of that, but apart from growing a mighty tree from humble beginnings, how does the analogy work?”

Like an excited squirrel, I find myself eager to show you all around my tree. From the new shoots at the tips of the loftiest branch, to the roots, sprawling underground just as far as the branches spread atop. And I just don’t know where to start! The whole oak is the whole picture that I want you to see. From the firm footings of the business, the roots that anchor us securely with sensible business decisions based on organic growth, to the buds of new ideas that will enable us to expand into new markets and welcome new customers. And betwixt the branches and roots, a really solid trunk, a trunk representing a number of years of steady, controlled growth that draws sustenance from the roots to feed the fledgling ideas of the future. A Mighty Oak, still growing, still expanding and with just so much for you to see.

So, as you progress through this blog, please, try and hold that image in your mind. We’ll be exploring all corners of this wonderful tree, and hopefully, you will learn what Silver Screen Services stand for, have worked hard to achieve thus far and what dreams are still to be fulfilled.

In the early part of 2011, I found myself drifting between jobs. A fixed-term Transport Manager’s role I had really enjoyed, had sadly come to an end and I had been filling my days with a variety of driving jobs via a local employment agency. The work was enjoyable enough, but none of it was terribly taxing and certainly wasn’t managing to keep my active mind fully stimulated. As a result, I rang my old friend Mark, to see what he was up to and to enquire if he knew of any interesting transport roles that might be available. He was excited to tell me that he had recently been engaged by a transport company who supplied passenger transport to the TV and Film industry. He explained that he was often visiting new and interesting places and that it was rather intriguing to see how television and film was produced. I asked Mark if he thought there might be a role for me within this company and he said he would make enquiries.

A very short time later, he rang me back to inform me that indeed, there might well be a ‘Steve’ sized opening at the company and that his boss had stated an interest in inviting me for interview. Said interview was arranged for a Friday afternoon if memory serves me correctly. Mark offered to give me a lift and make introductions. So we turned up at the appointed time and had to wait a short while in the reception area while the boss finished a phone call before seeing me. Phone call finished, the boss came wandering down stairs, car keys in hand and took one glance at me.

“So you’re the new bloke starting Monday? Good to meet you. Must dash!”

That, dear reader, was the “interview” that got me involved in transport for Media Productions. 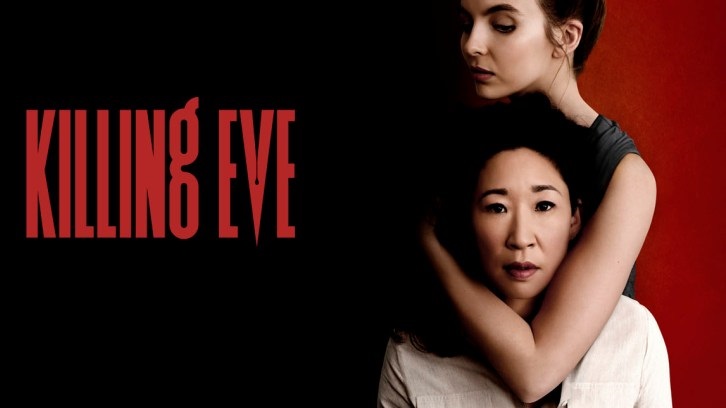 Phoebe Waller-Bridge’s massive hit Killing Eve starring Jodie Comer as a psychopathic assassin and Sandra Oh as a conscientious MI5 agent is returning  to our screens for a second series. The new series, which promises to be as equally good as the first, starts from where series one concluded. Eve had just stabbed Villanelle, but how will she react? It promises to be more tense viewing!

Steve Clarke, a Director at Silver Screen Services acted as the Transport Captain for this prestigous contract which was filmed at nine different locations across Europe. Steve said "Completing the second series of Killing Eve 2 was an exhilerating experience and involved most of the assets of the business. The time schedules were demanding, but it was a great experience. I'm really looking forward to seeing this series being broadcast as it was a fabulous production". 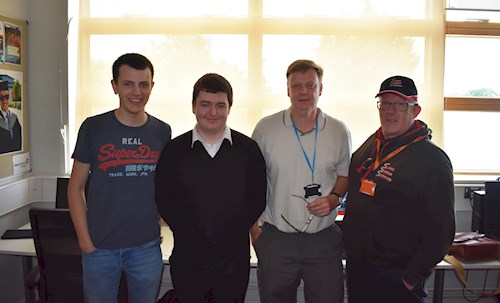 Silver Screen Services have teamed up with Foundation Degree students at West Herts College to produce this much improved website. Work started immediately after their second year exams completed and has only recently completed.

The process started with Steve Clarke, a Director at Silver Screen Services, pitching his requirements to the Software Development students. Jonathan Keen, Daniel Maydom and Tim Abbott then formed a team and submitted a winning proposal.

The development process took two months and Silver Screen Services are thrilled with the results.

Jonathan said, “We’ve had some minor issues along the way however we’ve resolved them in recent weeks and gained a variety of new skills. It’s a great opportunity for us and we’ve gained crucial experience, which will prepare us for entering the world of work.”

Steve Clarke was pleased with the website, saying: “The guys have been brilliant! I’ve thoroughly enjoyed the process and the students have taken the project forward in the right direction, developing their skills along the way. This is the first time I’ve seen the website and I’m really impressed.”

You can read more about the collaboration here: https://www.westherts.ac.uk/whats-on/news/computer-technologies-students-design-website/